How do I edit the Stage Attributes?

Click on the pencil icon in the process stage to edit the stage attributes. 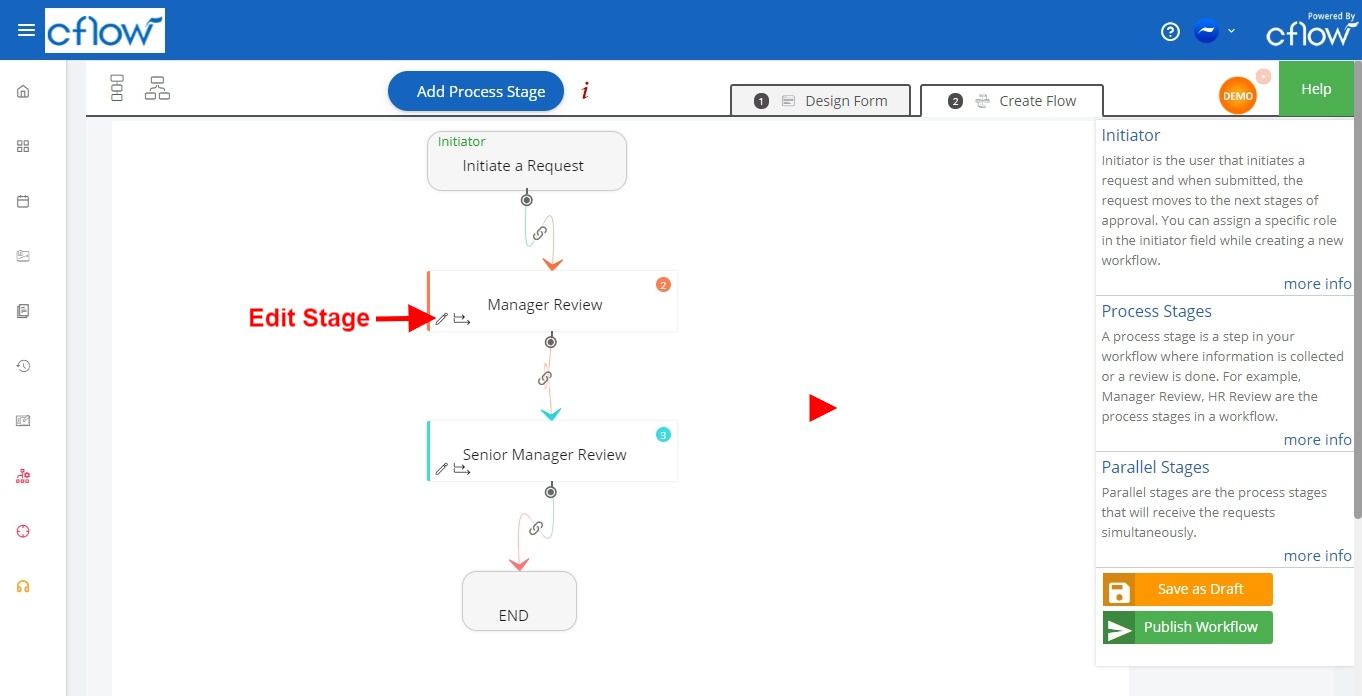 Stage Name – Ensure that the name of the stage is relevant to the role assigned as a reviewer. For example, if you are assigning a Manager to review that stage then specify the stage name as Manager Review or Manager.

Reviewer and Users List – In the process stage select the role from the dropdown. Only the users assigned to that role can review the request in that process stage.

The reviewer is an admin role by default. You can change the reviewer role and the roles that are created by you are shown here. Select the relevant role from the dropdown to review this stage. Click on the number to view the list of users assigned in that role.

Create New Role – In Reviewer, click on Create New from the dropdown to create a new role.

Click here to know more about how to customize the form in Cflow.

Note: After the workflow is published, all changes to the workflow such as form designer, inserting new stages, additional rules have to be done in the Control Center.