You can set a specific user as an approver in a specific stage by creating “named approver fields” in your workflow. Click here to know more about how to configure user-based approval.

For example, in the Manager Review stage let us have the named approver field as a dropdown. When the initiator selects Jack in the Approver field and submits the request, the request is moved to Jack. In certain circumstances, he may wish to re-assign the request to Patrick to review who is also a manager. In such cases follow the below steps to  re-assign: 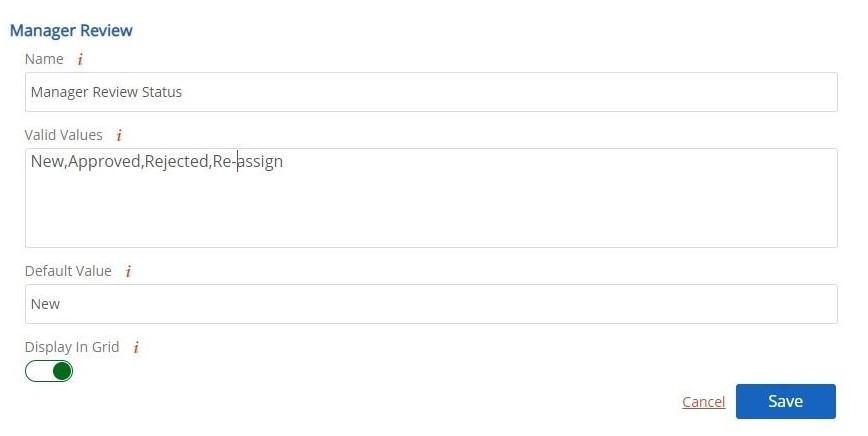 Let us configure the Set condition as follows -> Turn on the toggle After Move and Set field value of Manager Review Status as New. When it is reassigned and moved to Patrick’s Dashboard this will have a default status value as New. 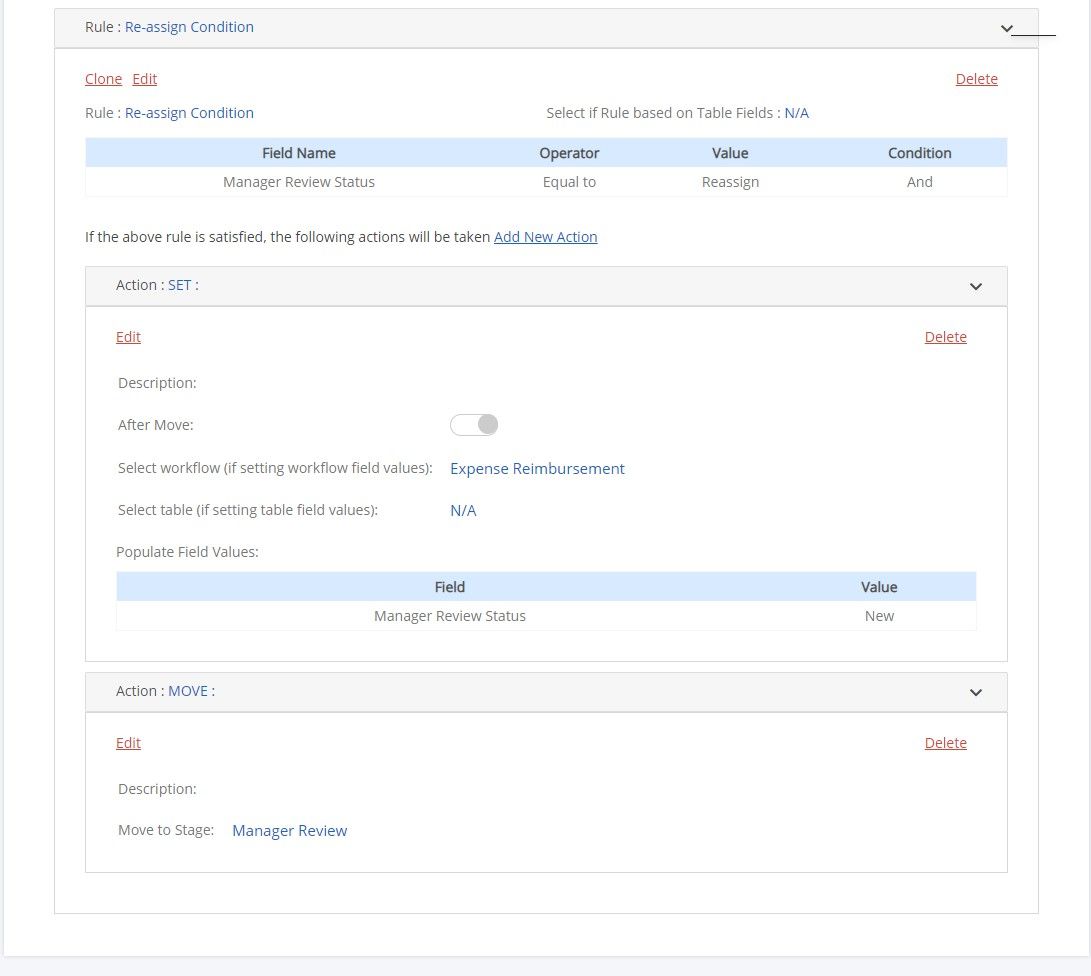 Configure the Manager Review Approver field as Conditional Readonly as follows. Hence when it is not reassigned the field is not editable and no changes can be made. A reviewer can edit only when he is reassigning to another approver.

Also, configure the Manager Review Approver field as Conditional Mandatory as follows. When the reviewer selects Reassign as a status value it is necessary to select the value in the approver field.